Have you ever had someone tell you you’re faking it when you’re in extreme pain, and people don’t believe you? That was me for over 15 years.

Let’s start at the very beginning… welcome to me at around age 12 to 13 years old. I went to a summer camp with fellow visually impaired and blind people, and one of the staff asked a fellow camper to guide me, since they had their hands full. Firstly, that was a bad idea. Why? I ended up spraining my left ankle by stepping into a pot hole the wrong way.

At that moment, I thought that this wouldn’t be long, and I’d be ok to come back the following summer. No. In the spring of the next year, or around then, I started getting pains in my left knee. I thought that was rather strange, but my physiotherapist at the time was gentle and kept an eye on it. That wasn’t gonna last long though. No one, not even my own family believed me when I mentioned my knee pain that wouldn’t go away. What I didn’t know then, and what I know now, is people with my pain condition, which I’ll explain in a little while, don’t get diagnosed quickly, because doctors literally have to check everything else off the list.

So, as time progressed, and the physiotherapist I had pushed me beyond what I could do, my knee got progressively worse… and even still, people thought I was faking it, even though I was in tears more than once within a school week. Something’s wrong with that if you ask me.

By the time I was about 17, I was using a wheelchair my mother through adoption got me… it didn’t really fit me, and I still had people at school telling me more than once I was faking it.

Let me bring up a particular situation that no one wanted to understand… because it was easier for me, I ended up participating in rhythmic gymnastics… and staff told me that if I was to perform in the show, I couldn’t use my wheelchair to get around the day of… it would’ve been easier on my knee if I could do that, but no… no one understood.

All throughout high school and elementary school, I had no medications to help with the symptoms I was dealing with… that, however, changed in 2011.

Just after my birthday in 2011, I ended up visiting someone, and ended up having to stay there longer, due to my knee. When I went into hospital, after I was convinced to go, I was put on Baclofen… that was a really good start. It definitely helped with my Cerebral Palsy, and in turn helped with my pain, to an extent. I was also sent with Tramadol… at the time, that worked well.

Welcome to 2012… a major turn for the worse for my knee… went back into hospital… though doctors didn’t know what was going on, they could tell I was in pain. After an MRI that showed nothing of concern, I was sent to the Rehabilitation Centre at the beginning of February 2012.

At this point, I couldn’t walk at all, due to my knee completely quitting, and my right leg quit, due to the fact that it was overworked. At the rehab centre, since the pain was too severe, I ended up using what was called a therapy roll. What that is basically, it’s a roll that goes under the knees so I can do leg exercises. So helpful! During the time I couldn’t walk at all, I also got to use what is called a transfer board. I even got to make my own to take with me when I left the Rehab Centre. 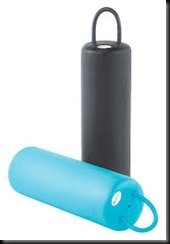 I also got to go into the pool there and do some walking between parallel bars… that was also extremely helpful… even if I still couldn’t walk on land.

Because I couldn’t’ go back to my home address, even though I couldn’t call it home, I worked with a social worker at the Rehab Centre, and we found a place that I would consider extremely temporary, and a place I’d rather not be.

At the end of February, I moved into a group home type situation until I could find a home I could live in. Finally by the end of my rehab stay though, I could use my right leg to pivot again… yay! So helpful!!

Now, because doctors still couldn’t figure my knee out, I was given narcotics to help with the pain, which did help, but I would’ve rather do without them.

Sometime between 2014 and 2015 though, I finally got my diagnosis, and my friend was right. What do I have, you ask? I have Complex Regional Pain Syndrome. In a nutshell, it’s an injury that heals, but the brain tells you that there is still pain there. That’s when I knew someone listened, but let me make this clear, it is literally a catch-all diagnosis.

When you read this, you may think how sad this is for me, but really, though hard, the doctor’s refusal to listen and understand gave me the determination to figure out how I could get around my childhood home, when my wheelchair couldn’t be in the house… lots of scooting along, but I got to where I needed to. You may think that it isn’t fair for me to have to have done things that way, and you’re right… but if it wasn’t for that, I wouldn’t have the tips and tricks I do have now, thanks to it.

From mid 2016 onward, I’ve been on a neuropathic medication called Lyrica which has helped my knee tremendously! All thanks to a doctor who listens.

Now, here’s some advice for all who is experiencing chronic pain, you’re not alone, and if a doctor doesn’t understand, keep going to a different one until you get the diagnosis you need. When you say you’re in pain, it’s real, and no one can tell you otherwise. Keep that in mind as you face and embrace the battle, and eventually be able to coexist with chronic pain!

Well, this title should say all… this morning was fine, I wasn’t in near as much pain as I am now. When I was sitting in the living room talking to my sister about random stuff, my body decided to stretch… fine, dandy. Except, my ankle cracked, which was what started this whole pain cycle with my knee. Pain radiated from my ankle to my knee, and ever since that point, I have been in extreme pain ever since. I even had to take my long acting pain med, as well as my top off one. Has it helped? Not so far.

Steven assisted me in the bathroom just after I took my pain meds. Here’s a sign that it will officially be, as soon as Steven returns with it, a transfer board day. Why? As I pivoted with his assistance, my knee gave out and I fell onto the toilet… ugh, ow!!!

Now I am patiently waiting for Steven to return with my transfer board. If only he could come back soon enough… pain isn’t getting better. It’s staying the same. IF someone were to ask me to rate my pain on a scale from 0 to 10, I’d exceed it and say 20!!! Ow!!

Well, this rant of a blog is done. Too much in pain right now.

Cheers to an early morning rant blog… a blog of pain. How joyous that sounds… ugh! I’m literally not able to sleep because of two doses of pain. Where is the first, you ask? My incision for my latest shunt revision. It’s itchy, but sore at the same time. The staples have not been removed either, but they are due to be removed on Monday. This pain, however, is clearly not as bad as my chronic knee pain.

I’m currently having trouble sleeping on my left side because of this pain. Yet, my left side is the only side I can sleep on currently, due to having a fresh shunt incision, and staples still there. Currently sitting up debating whether I want to lie down again and risk more pain, or fall asleep sitting up… ugh! Really? Those are such poor choices to begin with!

Basically, ow, multiplied by ow, definitely does equal, ow squared!! Too much ow in my world today!

This pain-filled blog is complete… ugh! That is all! 🙁